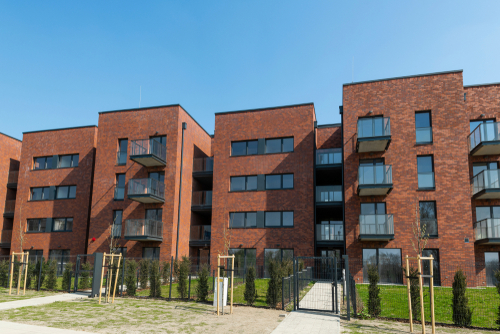 Following on from our December 2021 Legal Update on the progress of the Leasehold Reform (Ground Rent) Bill the Bill received Royal assent on Tuesday 8 February 2022 and is now law. That said, Regulations will now need to be made by the Secretary of State before most of the provisions of the Act come into force. The Act aims to make leasehold ownership more fair and affordable for leaseholders.

Who does the Act apply to?

All Landlords granting new residential leases in England and Wales will be bound by the terms of the Act.

What are the changes?

Ground rent payable on leasehold properties will be restricted to a peppercorn (i.e. non-monetary) in future leases and rent administration charges are banned in most residential leases with a term longer than 21 years.

Are there any exceptions?

Business leases, statutory lease extensions of both houses and flats, community housing leases and home finance plan leases will not be affected by the Act.

It had been anticipated that retirement housing (dwellings that can only be occupied by people aged 55 years and older) would be exempt but this is not the case. However, there will be a slight delay in the Acts effect on such property with only retirement housing leases granted after 1 April 2023 being caught by the Act.

Can the Act be applied retrospectively?

No – the Act will not apply to current leases and thus there is no benefit to holders of existing leases with high or more reasonable ground rent obligations. Any agreements for lease entered into prior to the Act being passed will be unaffected and a monetary ground rent may be demanded.  However Landlords need to be careful not to inadvertently surrender and re-grant existing leases under which they may collect ground rents. Ground rent will not be payable under the re-granted lease once the provisions of the Act are in force and the penalties outlined below will apply in this situation.

Will there be a penalty for Landlords who demand ground rent?

Yes – Landlords who seek to demand ground rent after the Act has been passed will be liable to fines of between £500 and £30,000. Additionally, such Landlords will be required to repay any unlawfully collected ground rents plus interest. Leaseholders will be able to apply to the First Tier Tribunal in England or the Leasehold Valuation Tribunal in Wales for a declaration that a prohibited ground rent is replaced with a peppercorn rent.

Enforcement action can be taken against past and current Landlords, as well as people acting on their behalf.

The Act is good news for those purchasing new property or perhaps agreeing new terms with their current landlord but it will of course have absolutely no impact on anyone with an existing lease with a liability to pay ground rent. We have already seen holders of current leases excitedly, but wholly incorrectly, informing us, and our landlord clients, that ground rent demands after the passing of the Act will be “illegal” etc. and that they need not pay.  We assume that there will be, as there always is, a bit of time to pass before those to whom the Act does not assist getting to grips with the fact that they are still liable to pay the rent demanded of them.

This legal update is provided free of charge for information purposes only; it does not constitute legal advice and should not be relied on as such. No responsibility for the accuracy and/or correctness of the information and commentary set out in the article, or for any consequences of relying on it, is assumed or accepted by any member of KDL Law or by KDL Law as a whole.

SWR can help you find a property that is best for you - whether you are looking for Homes, houses, or flats to rent in Bristol.

For flats, houses &  homes to rent, Bristol has a great selection. SWR is a well-established, professional letting agency with the most extensive selection of quality properties to rent in Bristol.

Finding a place to live can be a stressful task, especially in a big city like Bristol. SWR can help you find out which property is the best for you whether you are looking for houses to rent Bristol or flats to rent Bristol we are here to offer the most comprehensive and personalised and “stress-free” services. SWR is here to listen to your requirements and we take pride in providing outstanding customer service. We want to help you find your next home and we’ll guide you through the process so that the experience is enjoyable and exciting.